View cart “The Bleeding Worlds Book Four: Ragnarok” has been added to your cart.

A broken family, racing across worlds to reunite with their stolen daughter.
A man so old, angry, and tired that he would rather destroy all of existence than play by its rules.
An All-Father so obsessed with his vision of a better world, he would sacrifice anything for its achievement.
A race to obtain godhood.
An oppressed people on a mission to free themselves from their nightmares and rise up in a conflict foretold by prophecy.
An end to The Bleeding Worlds.

Also available in eBook format from the following retailers

Available in Paperback from: 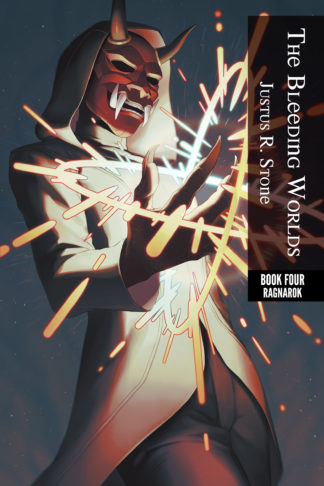